Did Internet cut the heart out of Corporate America one byte at time?

Remember when there were no computers?

Those of us in our mid to late fifties and early sixties are in a unique position to view the changing culture of Corporate America.  My mother, my dad, my husbands parents, all worked in business without computers.  They used pens, and paper and typewriters.

When I started working, computers really were actually glorified calculators.  I remember how

amazing it was as a bank teller, to go from a clunky push button bank recorder to a brand new computer terminal. Only people older than 50 are likely to remember them. They were the size of a small microwave with lots of buttons for recording deposits and cashed checks.

Help Wanted. Can you start today?

Imagine if you will, walking into an office that had a help wanted sign out. Talking directly to the owner, or the manager, and starting a job that day. That is what people in the 40’s did.

I started my first job in 1978.  To get that job, I had to drive to the bank hiring office, and fill out an application by hand. The person that hired me kept written notes.  Imagine working when there was no email. No internet. No cell phones. People were notified of emergencies by rolling phone calls on a land line.

The ability is both a blessing and a curse.

Companies are becoming more global. It is not uncommon now to hold meetings by video, with employees located around the world. There has been a melding of business cultures, that have affected our way of conducting businesses.  Corporations have grown and merged into mega companies.

Most employees hired now, will never meet the top CEO of their company, and that CEO will never know their names.  In the new Corporate America, you are an employee number with a payroll number attached.  Upper management does not know you.  What they see is how much you cost against how much money is coming in, or what new project they want to introduce.

A friend pointed out to me over lunch the other day, that people are no longer people in business. They are resources. Human resources. When people in a company become a resource they lose their identity. If people have no identity, then it is not difficult to cut them based on what is needed to show a profit in any given quarter.

This is where ageism is most rampant.  A computer has no feelings or moral or ethical

standards.  It simply reports numbers.  There is an employee number with a salary attached.

A person deciding where to trim payroll to strengthen the company bottom line, has often never met the person that is being cut.  However, older employees working in basic jobs or middle to higher management, often have accumulated raises over the years. This puts them at higher risk because they sit at the upper end of an income bracket for a position.

During a layoff, the decision to let someone go has more to do with their income than their age.  However, the people let go are most often older because of their salary. It is a vicious cycle. It means nothing to a company anymore how long you have worked for that company.  It does not matter how much you have contributed to the growth of that company. That information is not part of the computer algorithm, because on the computer you are opaque.  You are not a person. You are a series of bits and bytes in a computer.

Computers and internet have made the act of letting people go easier.  They have eaten the heart out of our businesses.  They have contributed to the failure of older middle class workers. Slate states this best in their article from 2015 called: “You Can’t Handle the (Algorithmic) Truth.”

“Computer algorithms are opaque, automatic, emotionless, and impersonal, and they separate decision-makers from the consequences of their actions. Algorithms cannot appreciate the context of structural discrimination, are trained on flawed data-sets, and are ruining lives everywhere. There needs to be algorithmic accountability. Otherwise, who is to blame when a computational process suddenly deprives someone of his or her rights and livelihood?”

I have seen both sides of internet history.  Work environments with, and work environments without.  There is no going back.  The internet has done more for global communications, and has changed history faster than anything imaginable.  Just the mere fact that I am sitting here typing out a post for my blog would have been unthinkable 30 years ago. 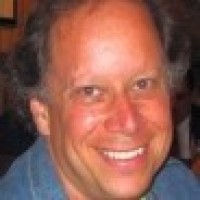